Toxoplasmosis is a protozoal disease that can cause disease in cats. It can also pose a risk to a pregnant owner 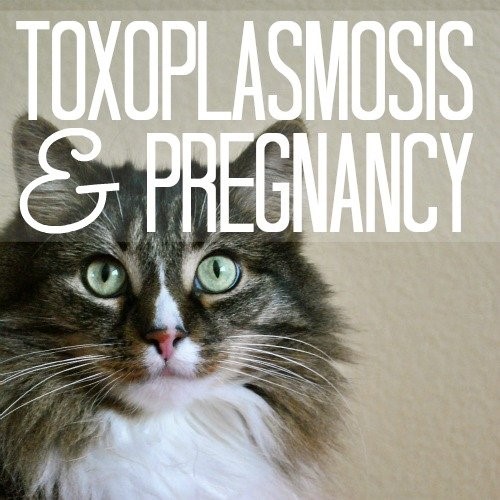 We have just had (July 6th 2018) to create awareness about infectious diseases that can transfer from animals to people (or people to animals). Some of the diseases seen in NZ include tuberculosis, toxoplasmosis, cat scratch fever, ringworm, salmonellosis, leptospirosis, campylobacter infection, giardia infection, cryptosporidium infection and parasites like scabies, roundworms and hookworms. Fortunately there are some diseases that we no longer see, like hydatids. Many others have never been seen in NZ (unless people pick them up overseas) like rabies, Lyme disease, and plague.

One of the ones I get regular enquiries about is Toxoplasmosis. It affects most animals - notably sheep, cats, and humans.

Toxoplasmosis only occurs when infected for the first time (or immune suppressed), and the amount of damage done to the unborn child depends on the stage of pregnancy at the time of infection. Infection in mid-pregnancy may result in a child with varying degrees of blindness and/or various severe neurological conditions. A human with an acute infection can have varying degrees of illness, some with flu like symptoms, or for most the symptoms may be so mild as to go unnoticed.

When the cat gets infected, the early stages involve an intestinal form where the contagious eggs (oocysts) are shed in faeces but the cat may or may not have any diarrhoea. Usually a cat will only shed oocysts after the first infection of  ; a cat that has already had a  infection usually will not re-shed the oocysts unless its immune system has been compromised. Cats shedding oocysts generally do so for 5 to 14 days. Additionally some of the parasites will move from intestine to other parts of the cat. Eventually, the cat’s immune system forces the parasite into a dormant or “resting” stage where it forms cysts in muscles and the brain.

Oocysts, passed in faeces of cats, require 1-4 days to sporulate - that is, grow into a form that is dangerous to people (and other animals). For this reason, the cat's litter box should be changed daily or twice daily so the cysts will be thrown out before they reach an infectious stage. Other mammals, including humans, are called intermediate hosts. Once they ingest sporulated oocysts, the infection results in the formation of tissue cysts in various tissues of the body. Tissue cysts remain in the intermediate host for life and are infectious to cats, humans, and other intermediate hosts that eat the cyst-containing tissue.   Note that freezing weather will not reliably kill dangerous oocysts in soil nor will freezing meat kill the dangerous tissue forms.

I think it is worth repeating for emphasis, most cats are only infectious for 2 weeks of their entire life. Toxoplasmosis in humans is spread through handling anything contaminated with infected cat faeces such as the cat litter box, gardening, unwashed vegetables, or from eating raw or undercooked meat. Cats have probably been over-emphasized as a carrier ; most human infections result from eating undercooked meat.

How Can I Avoid Infection?