The Magic Of Catnip On Cats

Catnip has a magical effect on Cats but how does it work? 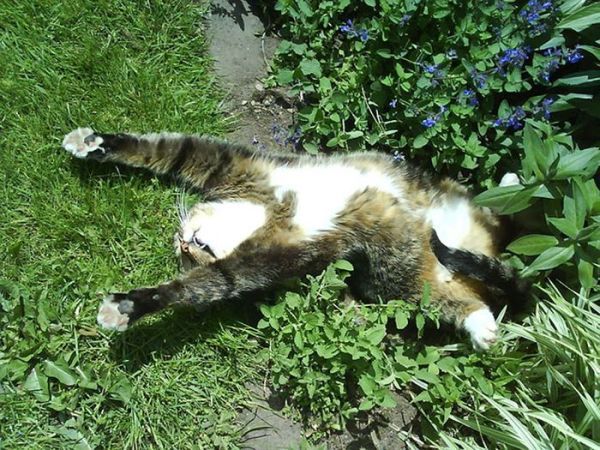 Cats, from our family pets to tigers and lions in the wild, go mad over the oils found in the stems and leaves of the catnip plant.

Common behaviours exhibited by cats once they have smelled catnip are: they may often rub their faces and bodies against the plant, jump or roll around and salivate.

Interestingly the affects of the catnip only last for 10 minutes and then they become temporarily immune to the smell of the oil for 30 minutes. Response to the catnip is hereditary and can be found in 70 to 80% of the cat population. For the response to occur the kitten has to be older then 6 months.

Catnip plants are a member of the mint family and are native to Europe, Asia and Africa. They are now commonly found around the world in many people backyards as a weed or in herb gardens.